Let Me Take You There 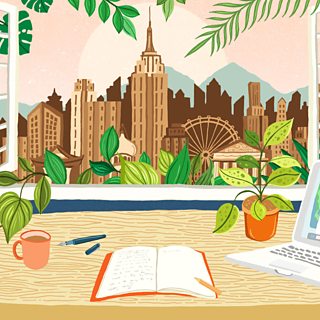 Where can we escape to at times when we are cooped up, locked down, trapped indoors? Some people recall a real location – a favoured corner to which they return again and again, what the Swedes call a "wild strawberry place"; others find a refuge deep in the imagination. David Almond is one of the writers commissions by Radio 3 to share their special place.

He wanders in his imagination back to a field outside the mining town of Felling, near Newcastle upon Tyne, where he grew up. He starts by packing a bottle of water and a jam sandwich:

Mam would have made them.

"Raspberry or blackcurrant?" she’d have asked.

And she’d have smiled as she wrapped them in greaseproof paper and sent me on my way.

First broadcast on Radio 3, Monday 18th May at 22.45; listen again via the BBC website.

The Dam on Radio 4 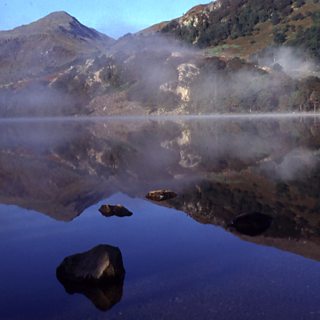 On Sunday 26th April, David Almond tells a timely true story about the flooding of Northumberland’s Kielder Valley 40 years ago to make a dam, and the music and poetry which lie submerged within us all.

The Dam is a book by David Almond, illustrated by Levi Pinfold.

David was cast away on the BBC’s desert island in March 2013. See his choice of music – and just one book! – or listen to the programme now. 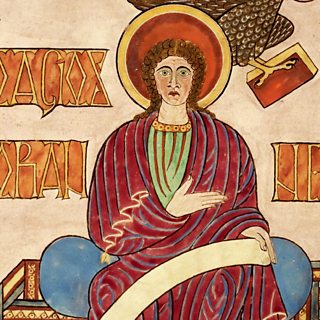 In this Sunday Feature, recorded at the time of the Lindisfarne Gospels’ return to Durham for a major exhibition after four centuries’ absence, multiple-award-winning author David Almond explores what they mean to his fellow North-Easterners.

At the heart of the programme are a sequence of lyrical, location-based "meditations", in which David reflects – in his inimitable style and voice – about the ways in which the Lindisfarne Gospels, and their creation on Lindisfarne during the Anglo-Saxon era, laid the foundations for what it means to be a North-Easterner today.

The Lindisfarne Gospels are one of the world’s greatest books and among the most important works of European art of the first millenium. Created on the Holy Island of Lindisfarne around the year 700, they are normally housed in the British Library in London, but for three months in 2013 the Gospels returned to the North East for a major exhibition in Durham.

David Almond visits the British Library, Durham, Newcastle and Lindisfarne itself – a location he has adored since his boyhood – to explore the meaning of the Gospels to himself and to his fellow North-Easterners.

You can Listen Again as he talks with experts in early books and local people on the island to find out more about the making of the Gospels, the unique place they hold in terms of art, religion and literature, the long journeys they have made in the past and their "homecoming" that summer. 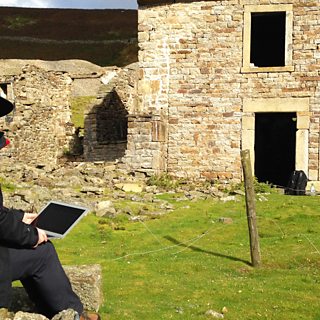 David Almond investigates the story of a wild child who was said to roam the Yorkshire Dales near Crackpot Hall in the 1930s – and makes a surprising discovery.

Crackpot Hall is an ancient, ruined farmhouse near the village of Keld, which lies on the crossroads of the Pennine Way and the Coast to Coast Path in Swaledale. In its time, it has been a hunting lodge, an office for the local lead-mining industry and a family farm.

The acclaimed children’s writer David Almond has long been intrigued by Crackpot Hall, and for decades has travelled west from his home near Newcastle to visit it. Recently, his curiosity was rekindled when he read about Alice, a four-year old child who was said to have been discovered roaming wild near Crackpot in the 1930s.

Listen now to this Between the Ears broadcast. 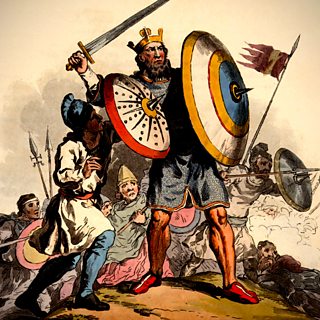 In The Essay‘s series of Anglo-Saxon Portraits, David Almond recreates the life and times of the oldest surviving English poet – and fellow Northumbrian – Caedmon.

According to the writings of the 8th century monk Bede, Caedmon was an illiterate herdsman who came to understand how to compose religious poetry and song one night in the course of a dream. David Almond brings his story vividly and movingly to life.

Listen to the programme now.