Skellig and My Name is Mina

But Skellig is far more than he at first appears, and as he helps Michael breathe life into his tiny sister, Michael’s world changes for ever …

Powerful and moving – The Guardian

My Name is Mina

There’s an empty notebook lying on the table in the moonlight. It’s been there for an age. I keep on saying that I’ll write a journal. So I’ll start right here, right now. I open the book and write the very first words: My name is Mina and I love the night. Then what shall I write? I can’t just write that this happened then this happened then this happened to boring infinitum. I’ll let my journal grow just like the mind does, just like a tree or a beast does, just like life does. Why should a book tell a tale in a dull straight line?

And so Mina writes and writes in her notebook, and here is her journal, Mina’s life in Mina’s own words: her stories and dreams, experiences and thoughts, her scribblings and nonsense, poems and songs. Her vivid account of her vivid life.

My Name is Mina was shortlisted for the 2012 Carnegie Medal; it is published by Hodder Children’s Books. 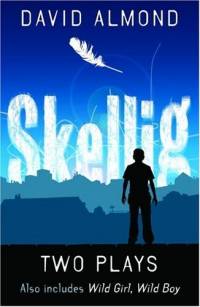