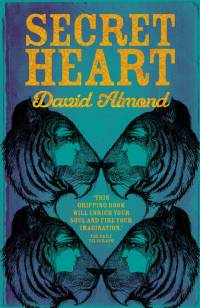 Joe Maloney is out of place in this world: his mind is always somewhere else – on the weird creatures he sees around him and whispers he hears on the air. But into his world comes the circus, and Corinna, and a tiger … A moving, mysterious and spiritual story from an extraordinary writer.

Joe lives with his mother in Helmouth, a forgotten village crumbling on the edge of the suburbs. His days are spent trying to evade the demands of school and the taunts of the local bullies. Joe’s friend, Stanny, insists that Joe must toughen up, become a survivor – and he is adamant that a weekend in the wilderness with Stanny and his Uncle Joff will do the trick.

Into Joe’s unhappy world comes Hackenschmidt’s Circus, and with it the strangely familiar Corinna. She tells Joe, ‘In the circus there is a secret heart’ – a place of contained wildness where the barriers between the human and animal world are fluid. And indeed, Joe’s dreams are already stalked by a tiger, so real that his skin and its pelt begin to feel as one…

“A sooty darkness permeates the writing, illuminated by sudden bursts of sunlight and the music of skylarks.”

“A powerful story of love, persecution and freedom, it is his best novel to date (and that’s saying something).”