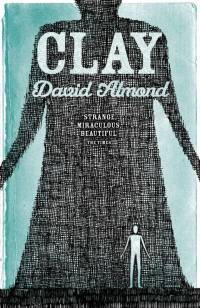 With fascination, Davie and his friend Geordie watch the arrival of a new boy, Stephen Rose, in their town. He seems to have come from nowhere, and when he arrives to live with his distant aunt, the local Crazy Mary, no one envies his new home. But perhaps he’s the answer to Davie and Geordie’s prayers – a secret weapon in their war against monstrous Mouldy and his gang.

Intrigued, Davie and Geordie befriend Stephen. But they are heading innocently down a path that brings with it a monster of an entirely unexpected nature. Their encounter with the mysterious Stephen is as incredible as it is menacing, and as the true story of Stephen’s past slowly emerges, Davie’s life is changed for ever…

Clay was shortlisted for the Costa Children’s Book Award and the Carnegie Medal and has been adapted by the BBC into a feature-length film. This edition was published by Hodder Children’s Books in October 2013.